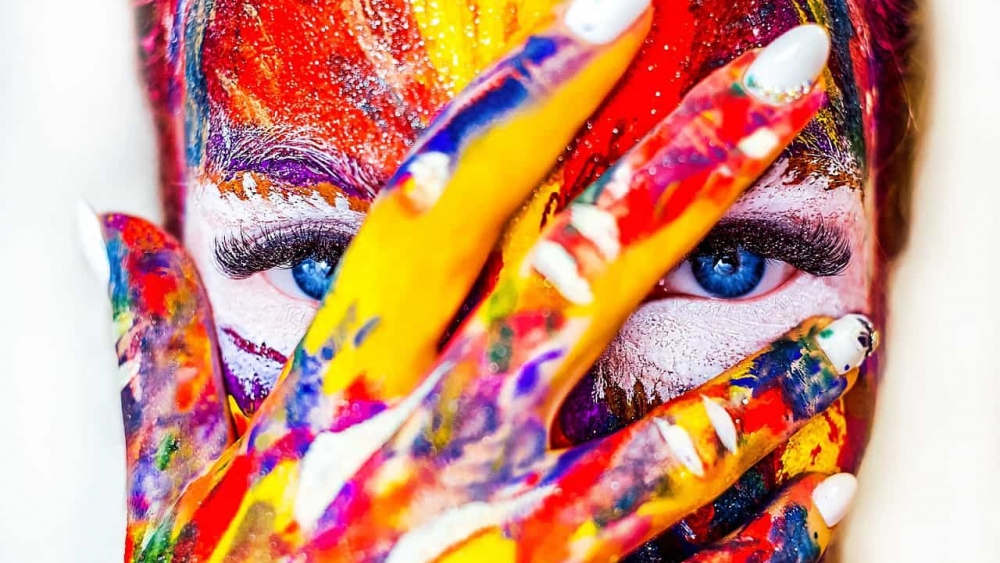 I often hear people say they’re not creative. Some people go as far as to laugh at the concept of creativity. Like it’s soft, or inferior to their strong, natural logic. I have a friend who thinks it fine to snort at me if I mention anything to do with creativity (hard to avoid when you’re writer and entrepreneur for a living and she asks how work’s going). In my mind, and much to her irritation if she were to read this, her response suggests she wishes she were creative and feels a bit rubbish about not being.

Although there is some negativity around creativity, at least it’s recognition of creativity as a positive trait. And of course, it is. Which is why it’s disconcerting that so many people believe they don’t possess it. Some even say, with disappointment in their voice, “No way, I’m not creative. I’m more organised.”

Well, if that’s you, I have some good news. You’re wrong! You are a creative being. We all are. We just have different types and styles of creativity. Different ways of offering it. And being creative does not have to come at the expense of other positive traits, such as organisation.

According to the Merriam Webster dictionary, creativity is “marked by the ability or power to create”, “having the quality of something created rather than imitated” and “managed so as to get around legal or conventional limits”.

It might surprise those who believe creative people are artists, dancers, musicians, writers, sculptors, or anyone with a shop on Etsy. In reality, being creative could be summarised as “making something”.

And that “something” could well be a beautiful painting, a piece of jewellery, being in a band, writing poetry, singing, fashion, hair and make-up, etc. But it could also be filing systems, business processes, creating plans that are easy to follow, being able to simplify a difficult topic, engaging presentations, problem-solving, compelling research, scientific experiments, to name a few.

When people, like my friend, suggest they are not creative, it’s not just because of societal stereotypes. It’s possible they are confusing the cognitive with the conative.

When studying the psychology of behaviour in the 1960s, scientists discovered there are three stages to consumer behaviour. Not two, as previously believed.

Firstly, there’s cognitive. We are all familiar with cognition as it relates to IQ; something we are measured on and judged for from the day we start school. We are led to believe this is what matters in life. That getting good grades makes you clever and consequently, you have prospects in life. The only alternative in that system is that you do not good grades. In this instance, by virtue you are stupid and shouldn’t expect to get ahead. Clever and stupid are value judgements attached to cognition because that is all our education system tests for.

The reality, however, as we all know, is cognition is not all that matters. It is not the only part of the mind which makes an individual. There is a far wider range of human capability than simply passing a school test. As Albert Einstein said, if you judge a fish only by its ability to climb a tree, it will go its whole life believing it is stupid.

So secondly, there’s affective. Affective behaviour relates to someone’s personality, their moral compass and their likes and dislikes. Just because someone is cognitively able, for example, does not mean they are automatically good at everything that requires academic brilliance. They also need to take into account the things they actually want to do.

And thirdly there is the conative aspect of consumer behaviour, which is connected with a wish, intention, or effort to do something. In other words, and in relation to creativity, conative behaviour is how you naturally take action. It is your natural creative drive. And everyone has it.

If we wish to describe the whole person, conative aspects must also be included. So rather than how good you are at something, or whether or not you want to do something, conative is how you naturally do something when you are left to your own devices.

It could be that when you see a messy workspace, you naturally tidy it up and file the documents away, all alphabetically ordered, colour-coded and indexed. Yes you’re organised and yes you may not paint or write or play the piano, but you create order.

Perhaps the thought of being around stereotypically creative people completely stresses you out because they’re messy and fluid thinkers. But when you notice a co-worker struggling to get their point across in an important presentation at work, you step in and use physical objects at your disposal to build a model demonstrating the point. Because they envisage whereas you build. In a different setting, a writer and an electrician might also have those differences.

See if you can recognise your own form of creativity, and think of ways you can pair it with others’ around you. Also think about tasks you’re currently doing that are forcing you to work against your natural grain. Who do you know who would be better suited to doing them? Can you do a task-swap to help each other out? It could be a game-changer for your relationships and your career.

Have a story to tell about your own creative evolution? I’d love to hear it: info@writebusinessresults.com